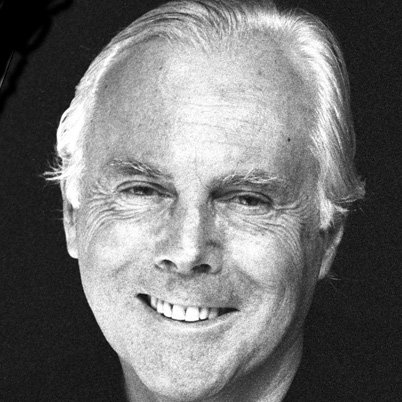 We realize and fully understand that the world of fashion is vast and complex.  We all have varying interests in fashion, style, and design.  However, we believe that it is important to at least recognize the greats in fashion.  Hence the reason for this list.

There is no particular order.  That being said, the criteria for selection are as follows: cultural influence, affect on industry, business savvy, and social impact. 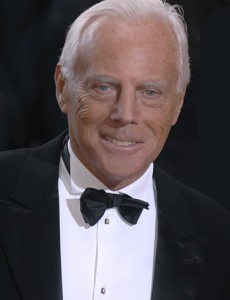 Armani was the first designer to ban models with a body mass index (BMI) under 18.  Since then, hundreds of designers have followed suit.

Armani is a branding genius.   He uses “sub-branding” in order to maximize his market share.  Armani has one corporate brand and five sub-brands, each catering to different sets of target customers and at different price levels.  His ventures outside of fashion include: furniture, hotels, and even flowers.

Armani has designed costumes for more than one hundred films, the most notable being The Untouchables (1987).

He is a fan of sports.  As a result, Armani is the president of the Olimpia Milano basketball team, and an Inter Milan fan.  He has twice designed suits for the England national football team. 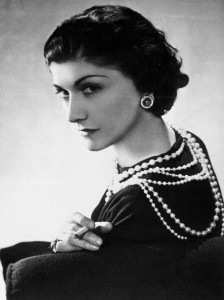 Chanel is the only fashion designer listed on Time magazine’s list of the 100 most influential people of the 20th century.  Chanel is credited with liberating women from the constraining “corseted silhouette”.  Her designs often borrowed elements of mensware, emphasizing comfort over the constraints of then-popular fashions.  This would ultimately lead to a shift in the way that women dressed.  The tweed jacket, 2.55 handbag, and Chanel No.5 perfume are all legacies of her career.

Later in life, Chanel fabricated her history.  Due to her concocting elaborate fictions in order to obscure her humble origins, her life is surrounded by mystery.  Many authors have written literary depictions of her life due to this.  And in 1969, Chanel’s fascinating life story became the basis for the Broadway musical Coco starring Katharine Hepburn.

Upon her death in 1971, Chanel was buried in the Cimetière du Bois-de-Vaux in Lausanne, Switzerland.  She carved a spot in history as one of the most influential fashion designers of all time. 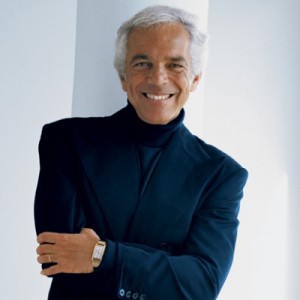 Born Ralph Lifshitz, he has become one of the most iconic designers in men’s fashion.  When asked why he changed his name he responded, “My given name has the word ‘sh*t’ in it.  When I was a kid, the other kids would make a lot of fun of me.  It was a tough name.  That’s why I decided to change it.”  Talk about legendary.

Lauren began his career working as a salesman for Brooks Brothers.  He soon split off and began selling neckties under his own entity, Ralph Lauren.  Today, his designs are renowned for having a preppy and luxury aesthetic.  Lauren is credited to the popularization of the polo shirt (also known as the golf or tennis shirt).

Not many people know that Lauren also has a fantastic car collection.  Some of the more notable vehicles include: a Bugatti Veyron, an ultra-rare McLaren F1LM (one out of only five cars), one of the first supercharged Bentleys ever created, and two Ferrari 250 Testa Rossas.  In fact, Discovery Chanel produced a documentary about his collection called Speed, Style and Beauty: Cars from the Ralph Lauren Collection. 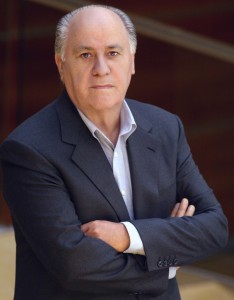 The creator of Zara is currently the third richest person in the world with a net worth of $64 billion, according to Forbes.  But we wouldn’t be surprised if you’ve never heard of him.  The reason is because he lives a very secretive life.  In fact, until 1999, no photograph of Ortega had ever been published.  He has only ever granted interviews to three journalists.  He is an enigma.

However, from what we’ve gathered, he seems like a down-to-earth person.  He goes to the same coffee shop every day and eats lunch with his employees in the company’s cafeteria. He refuses to wear a tie and typically wears a simple uniform of a blue blazer, white shirt, and gray pants; none of which are Zara products.

His wealth can be attributed to his business savvy.  Case studies on Zara’s operations management/logistics are often used in business schools’ curriculum.  Ortega is the pioneer of “fast fashion”.  Click here for more information.

As for branding, Ortega is utterly brilliant.  Zara’s advertising budget is virtually $0.  Instead of spending marketing dollars, they invest in real estate in close proximity to other high-end designer brands (Christian Dior, Gucci, Prada, etc.).  As a result of their association, Zara increases their brand equity.  Smart move, eh? 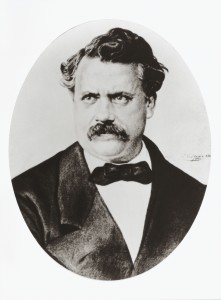 Vuitton, born in 1821, started from humble beginnings.  He left home at the young age of 13 and traveled to Paris on foot by himself.  He took odd jobs to survive and eventually landed an apprenticeship with a well known box-maker.  Vuitton eventually opened his own shop and began designing a unique trunk that was rectangular, making it stackable and convenient for shipping and travel.  Most historians consider Vuitton’s trunk the birth of modern luggage.

Today, Louis Vuitton (LV) has been named the world’s most valuable luxury brand.  1987 saw the creation of LVMH, which is an acronym for Louis Vuitton Moët et Chandon and Hennessy.  Just one year after the merger, the luxury goods conglomerate’s profits were up by 49%.

LV is one of the most counterfeited brands in the fashion world due to its image as a status symbol.  They take brand protection very seriously.  In fact, LV has over 60 employees that solely deal with lawsuits regarding their brand.  In 2003, LV filed a lawsuit against Brittany Spears for violating counterfeiting laws in one of her music videos.  LV won a reported $300,000. 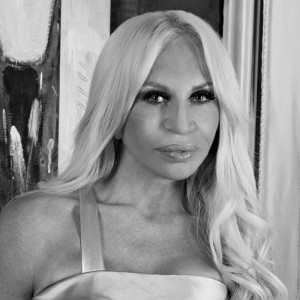 Mrs. Versace is the face of the luxury Italian fashion house Versace.  She currently holds a 20% stake in the company and is the Chief Designer and current Vice-President.  Her brother, Gianni Versace, founded Gianni Versace S.p.A. in 1978.  He was tragically murdered in 1997.

Mrs. Versace is a master at public relations.  She often uses celebrities to increase Versace’s brand equity and reach.  A notable example was Jennifer Lopez’s Versace green dress at the Grammys in 2000, which she still owns.

Hip-hop group, Migos, wrote the song “Versace” on their 2013 mixtape Y.R.N. to which Donatella Versace walked out to during the Versace finale in Milan.  She also appeared in their official music video.  Mrs. Versace is truly a wonderful individual. 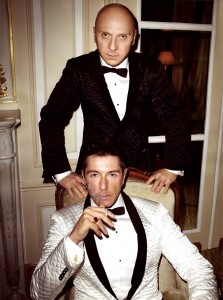 Technically two people, Mr. Dolce and Mr. Gabbana are the designers behind Italian fashion house Dolce & Gabbana S.p.A., which they founded in 1985.  The label is known for signatures like corset dresses, leopard print, and sexy, sleek three-piece pantsuits.  Dolce and Gabbana are fundamentally known for wanting to make women look “fantastically sexy”.

Similarly to Armani, Dolce and Gabbana have expanded their brand beyond fashion.  Some of their ventures include a restaurant called Gold that opened in 2006 and a theatre and event space called Metropol, in their home city of Milan, Italy.  Another extension of their brand was their partnership with Motorola Razr cell phones.

They are the most famous designer duo.  The European luxury brand has been adorned by celebrities such as Madonna, David Beckham, Angelina Jolie, and Kylie Minogue.

If you enjoyed reading this article, please consider joining our bi-weekly mailing list.  Benefits include: exclusive content, insider information, and notifications when new articles are posted.

5 Ways To Be More Productive

Let’s face it: we all could use some extra time in our day.  This is true whether you are studying, interning, or working a…